Your weekly bulletin of wit and wonder 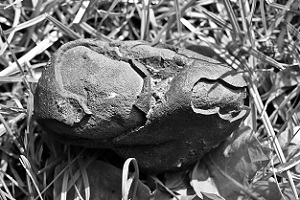 The race is on to find those chunks of meteorite. 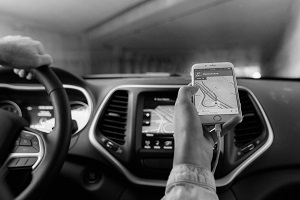 A GEAR CHANGE IN THE GIG ECONOMY

The Uber ruling is in. 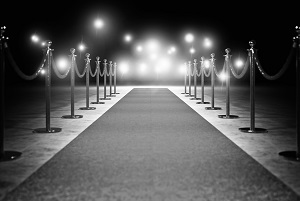 Why not accept a Golden Globe with a US accent?

STEP AWAY FROM THE SPACE ROCK

The best discovery of my week is that there is a UK Fireball Alliance. The crack team of geologists (I really hope their HQ is in a hollowed out volcano), led by the staff of the Natural History Museum, is on stand-by to leap into action whenever a major fireball is seen across the UK skies.

Just last Sunday hundreds of reports came in of a fireball streaking across the Gloucestershire area. (Cue the Thunderbirds theme in your head NOW please.)

Bits of this intergalactic visitor are thought to have landed near Cheltenham leaving the UKFall team desperate to get in their cars and race to the area to search fields and roadsides. The collective strain of their COVID compliance right now could probably power the national grid for the next day or two.

It must be a nightmare; picturing members of the public idly picking up chunks of meteorite. DON’T,  the scientists are begging us. It could contaminate information carried across galaxies! 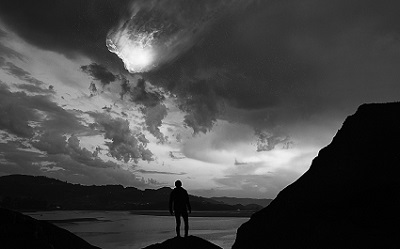 It would be hard to resist, though, wouldn’t it? Apparently you can verify a meteorite by putting a magnet against it - there’s a lot of metal in the rock.

BUT DOOOON’T DO THAT! scream those grounded geologists. Because it will wipe the whole thing of data… like those charged metal bits by the check out in The Range which can render your credit card useless.

On this weird, weird pandemical planet, I love that as well as not leaving the house, not breathing on anyone, not gathering in groups and not hugging your granny we now have a new instruction of NOT TOUCHING SPACE ROCK.

You can, however, pick it up with a clean bag, after photographing it in situ. And I would do that. Because a quick surf has taught me that meteorites are worth quite a lot of money.

Obviously I wouldn’t want to deprive the Natural History Museum of my find. But I might call Sotheby’s first…

Have you ever found something out of this world?  Do let us know over on our Facebook page.

THE END OF THE RIDE

And speaking of findings brings me to the long awaited decision in Uber BV and others v Aslam and others [2021]. After five years or wrangling, the UK Supreme Court unanimously decided that Uber drivers are workers and therefore entitled to certain employment rights, in a decision that has significant implications for employers in the ‘gig economy'.

This case began in 2016 when drivers for Uber filed a claim in the Employment Tribunal (ET) claiming to be workers as defined by s 230(3)(b) of the Employment Rights Act 1996.

Uber drivers and users are connected via the Uber app. Neither can access the other’s mobile number and drivers are prohibited from contacting the user after the ride is completed. Drivers choose when and how often they work by logging in to the Uber app whenever they are available and willing to accept rides. Drivers are expected to have a high acceptance rate. If their acceptance rate falls below 80% the driver is sent warnings which may culminate in them being logged off the app for 10 minutes if they reject 3 trips in a row. A similar process applies if the driver cancels too many trips after accepting them.

Uber also monitors drivers’ performance through its five star rating system. Drivers who fall below a certain rating receive “quality interventions” to help them improve. If their rating does not improve they may be removed from the app and their account deactivated.

Uber argued that when answering this question, the “starting point” for the Court is the written terms of agreement between Uber and the drivers. The company relied on a Services Agreement – which all drivers must sign – which states that when a driver accepts a ride it “creates a legal and direct business relationship between [the driver] and the User” of which Uber is not a party. The written agreement also states that Uber simply provides “access to the Uber app and payment services” and acts as a booking agent for the drivers.

The Supreme Court rejected Uber’s argument. It reasoned that if the starting point is the written terms of the agreement then the employer, as the more powerful party, would easily be able to exclude protections granted by employment legislation by simply inserting a term stating that the individuals are self-employed. Such an approach, the Court reasoned, would completely undermine the purpose of employment legislation and give companies like Uber “power to determine for itself whether or not the legislation designed to protect workers will apply.”

What courts and tribunals must do instead, the Court said, is examine how the relationship operates in practice in order to decide whether the individual meets the statutory definition of worker. The written terms of the agreement are only one factor the Court may consider when looking at the arrangement between the parties as a whole.

Using this approach, the Court ruled that the ET had been entitled to find that the drivers were workers and dismissed Uber’s appeal. The Court listed the following observations as significant in showing that Uber exercised a substantial degree of control over its drivers:

The Court’s ruling means that Uber drivers are entitled to sick pay and paid annual leave. They must also be paid the national minimum wage for time they spend working. The Court determined that working time included when the drivers were logged into the Uber app and waiting to accept rides, not just when they were actually driving a user to their destination.

Following this decision, employers who operate in the gig economy should anticipate similar claims being brought by individuals who perform services for them. This case makes it clear that having a clause in your written agreement stating the individual is an independent contractor will not necessarily preclude a court or tribunal from ruling that they are in fact a worker. The Court will look beyond the written terms to see how the relationship operates in practice. The more control a business exercises over the individual, the more likely it is that a Court will find they are a worker.

This secondary events block is hidden. The custom class name to re-add is events-temp-text

There’s been some bafflement about Gillian Anderson on the Golden Globes this week.

Picking up a gong for her portrayal of Margaret Thatcher in The Crown, Gillian opted for an American accent.  Of course, we all first knew her as Scully in The X Files when she did an American accent and only later learned that she’s actually a Brit. So, erm, what..?

Look, it’s been a long, long twelve months and at this point our stars would have been getting judged on their walk along the red carpet. That’s not do-able - and awards outfits can’t get properly showcased on a Zoom call.

So why not try on a different accent for size? Here at WG Towers we’re thinking about this option just to break the monotony. Howard is going Glasgwegian next week. He’s been practising by watching gritty crime dramas and muttering: ‘Muraduh! It lukes like muraduh, Jimmeh!’

Emma’s been trying out the full west country by adding ‘Moy luvver’ at the end of every sentence… with questionable results.  I’m thinking of going Scouse - if only because as we approach vaccine season for my age group, it’s time to ‘Chcalm down, chcalm down - eh?’

Do you want to save your business time and money, and reduce stress?

A true class act; every company should have them on their speed dial!

If you haven't liked us already, follow the link below...

Ask us a question