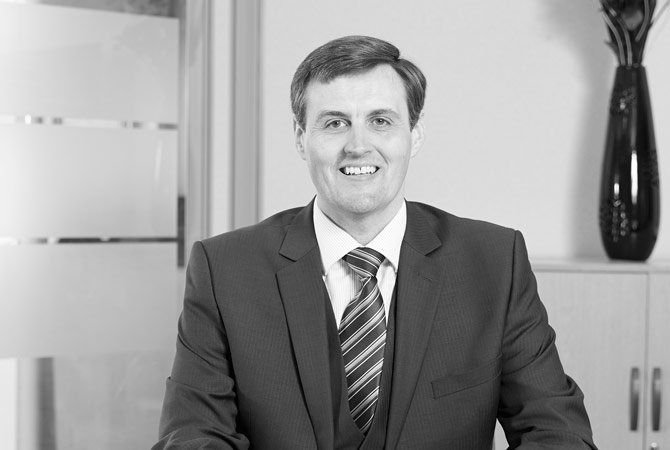 In the recently reported case of Akita and another v Governor and Company of the Bank of Ireland [2019] EWHC 1712 (QB) (31 January 2019), the High Court has allowed an appeal against the dismissal of a claim following non-attendance at Court. The appeal related to the application of Civil Procedure Rule 39.3, which permits the Court to strike out a claim if the claimant does not attend the trial of the matter.

Superior Style Home Improvements Ltd (Superior Style) has been fined £150,000 by the Information Commissioner's Office (ICO) for failing to comply with Regulation 21 of the Privacy and Electronic Communications (EC Directive) Regulations 2003 (SI 2003/2426) (PECR).

In the case of Al-Ko Kober Ltd v Sambhi [2019] EWHC 2409 (QB) (13 September 2019) the High Court has granted summary judgment in favour of Al-Ko Kober Ltd and its marketing director against the defendant, who manufactured a competing product (stabilisers for towing caravans), for their claims for defamation, malicious falsehood and breach of the Data Protection Act 1998 (DPA 1998).

The High Court recently determined the question of whether a notice of assignment of a debt was valid where it stated an unverifiable date of assignment.

Individuals have the “right to be forgotten” under the General Data Protection Regulation (GDPR), which means they have the right for their personal data to be erased upon their request. A recent case has confirmed that the territorial scope of the right applies solely within the EU and not worldwide.

In the case of Juul Labs Inc v Quick Juul Ltd (formerly Quick Xuul Ltd and Quick Juul Ltd) [2019] EWHC 1281 (Ch) (21 May 2019) the High Court has found an individual to be in contempt of Court having intentionally breached the terms of a court order by failing to sign two documents to transfer a domain name to the claimants in passing off proceedings. The sentence handed down was two months' imprisonment.

In the case of Bates v Post Office Ltd (No.3) [2019] EWHC 606 (QB) (15 March 2019), sub-postmasters' contracts with the Post Office have been held to be "relational contracts" and in turn benefited from an implied obligation of good faith. As a result of the implied obligation neither party could exercise its express contractual rights in a way that reasonable and honest people would consider commercially unacceptable.

Where a party enters in to a contract because of duress, the contract is voidable by the party who suffered the duress. Economic duress is one aspect of the duress doctrine with the party seeking to prove economic duress having to show the existence of an illegitimate pressure applied by the defendant without which it would not have entered into the contract. Common examples of the illegitimate pressure involve a crime or tort or breach of contract. On occasion, however, unethical but lawful acts have also been held to constitute economic duress.

The High Court has held in the case of Stavrinides and others v Bank of Cyprus Plc [2019] EWHC 1328 (Ch) (24 May 2019) that a bank's local relationship manager (the agent) had no actual or ostensible authority to write off its borrowers' substantial debts. As a consequence, the bank (the principal) was not bound by the letter purporting to do so, which had been initialled by the agent. In turn, the borrower was not entitled to rely on the terms of the letter.

Guidance has been issued by the Department for Business, Energy and Industrial Strategy (BEIS) concerning the use of personal data after Brexit. The BEIS guidance explains how Brexit will affect UK businesses both in the event of a deal and if there is no...

In the case of Wells (Respondent) v Devani (Appellant) [2019] UKSC 4 (13 February 2019) ), the Supreme Court unanimously found that an estate agency agreement with the seller was complete and enforceable despite not expressly stating the trigger events when...

Magnacrest Ltd, a housing developer, pleaded guilty at the Westminster Magistrates' Court to a charge brought under section 47(1) of the Data Protection Act 1998 for failing to comply with an enforcement notice issued by the Information...

Companies House has published guidance concerning changes to the registration of companies in the event of the UK leaving the EU without a deal. The guidance includes information concerning: European entities formed under EU law...

In the case of WH Holding Ltd and others v E20 Stadium LLP [2018] EWHC 2971 (Ch) (5 November 2018) the High Court had cause to consider the application of Civil Procedure Rule 31.17 and the principles relevant when the Court decided whether to order a non party to litigation to give disclosure.

The case of Phones 4U Ltd (in Administration) v EE Ltd [2018] EWHC 49 provides a useful reminder that the content of a notice served to terminate a contract will be critical when considering whether a party can sue for damages arising from a party’s repudiatory breach of a contract.

Wm Morrison Supermarkets Plc was unsuccessful in its appeal against the High Court ruling that it was vicariously liable for an employee's deliberate disclosure online of co-workers' personal data.

In the European case of Conseils et mise en relations (CMR) SARL v Demeures terre et tradition SARL (Case C-645/16) EU:C:2018:262 (19 April 2018) the European Court of Justice (“ECJ”) was required to consider whether a commercial agent was entitled to indemnity or compensation when termination occurred during a contractual trial period.

In the case of Health & Care Management Ltd v The Physiotherapy Network Ltd [2018] EWHC 869 (QB) (19 April 2018), the High Court has underlined the benefit of a well drafted “good faith” clause and the ability for such a clause to make up for any drafting deficiencies within the body of the contract.

Disputes commonly arise out of building contracts. These could include arguments as to quality or price, being kicked off site or being asked to do more than what was initially agreed.

The Consumer Rights Act 2015 made significant changes to the rights and obligations of parties in business to consumer contracts.

The Consumer Protection from Unfair Trading Regulations (“the Regulations”) gave effect to the European Unfair Commercial Practices Directive. The Regulations prohibit misleading commercial practices that may cause the average consumer to take a different commercial decision to that which they intended.

Torion Bowles of our Commercial Litigation and Dispute Resolution Team takes a look at the recent Court of Appeal decision where it was found that Mattel’s Community Trademark for SCRABBLE was not infringed or passed off by Zynga Inc’s online words game Scramble With Friends (“SWF”).

Three individuals set out to bring a claim in England against US based company, Google Inc., for misuse of their private information. Torion Bowles, Litigation Solicitor, reviews the case (Google Inc. v. Judith Vidal-Hall and others [2015] EWCA Civ 311), which has not reached trial yet, but has resulted in a number of ground-breaking changes to the law already being decided upon.

In the week that Taylor Swift reportedly obtained a trademark in the USA to protect the use of her lyrics from her “Shake It Off” and “1989” albums, the Court of Appeal in England & Wales has upheld a decision where the use of an image of the pop star Rihanna on a T-shirt was found to be passing off and had damaged the goodwill and reputation of her business.

Torion Bowles, solicitor within the Commercial Litigation and Dispute Resolution Team at Warner Goodman Commercial, examines the impact of the new Consumer Contract Regulations on traders and their businesses.

Torion Bowles, a Solicitor within the Commercial Litigation and Dispute Resolution team, has been examining the decision of the Court of Appeal to back landlords on the issue of rent apportionment following a tenant exercising a break clause in a commercial lease.

When a creditor successfully obtains a court judgment, they will undoubtedly want to enforce that judgment if the debtor continues to avoid making payment. Torion Bowles, Litigation Solicitor, suggests that one might be forgiven for thinking that a surprise visit from a bailiff might encourage the debtor to immediately make arrangements to pay rather than risk having any valuable goods seized from their premises in lieu of the debt.

Torion previously pursued a career in civil litigation for ten years. In 2011, as part of the cross-qualification process to become a Solicitor, he joined the firm’s Residential Conveyancing team in Fareham on a part time basis before moving to the expanding Southampton Conveyancing team in 2013. In March 2014, he then transferred to the Commercial Litigation team where he intends to build on his general civil litigation and property litigation background.