What are the different types of de-merger structures?

Making the decision to de-merge your company will be a significant one and choosing the right structure to suit you and your company objectives will require time and the appropriate legal advice.  Stacey Browne, Company Commercial Solicitor, explains more here about the five most common de-merger structures, which are direct dividend, indirect de-merger, reduction of capital de-merger, scheme of arrangement and liquidation scheme, reviewing the pros and cons of each structure.

This is the most straightforward, but not usually the most tax efficient, structure for a de-merger.  A direct dividend de-merger is effected by the parent company paying to its members a dividend in specie.

This structure is rarely used to de-merge a business or trade because such transfer of the business will constitute an income distribution potentially attracting heavy income tax for shareholders.

This is a variation of the direct dividend route, above. Essentially, the parent company declares a dividend in specie of either the shares in the subsidiary or the business to be de-merged to a newly incorporated company (newco), or another third party, in consideration for which recipient of the transfer issue of shares directly to the parent’s shareholders. 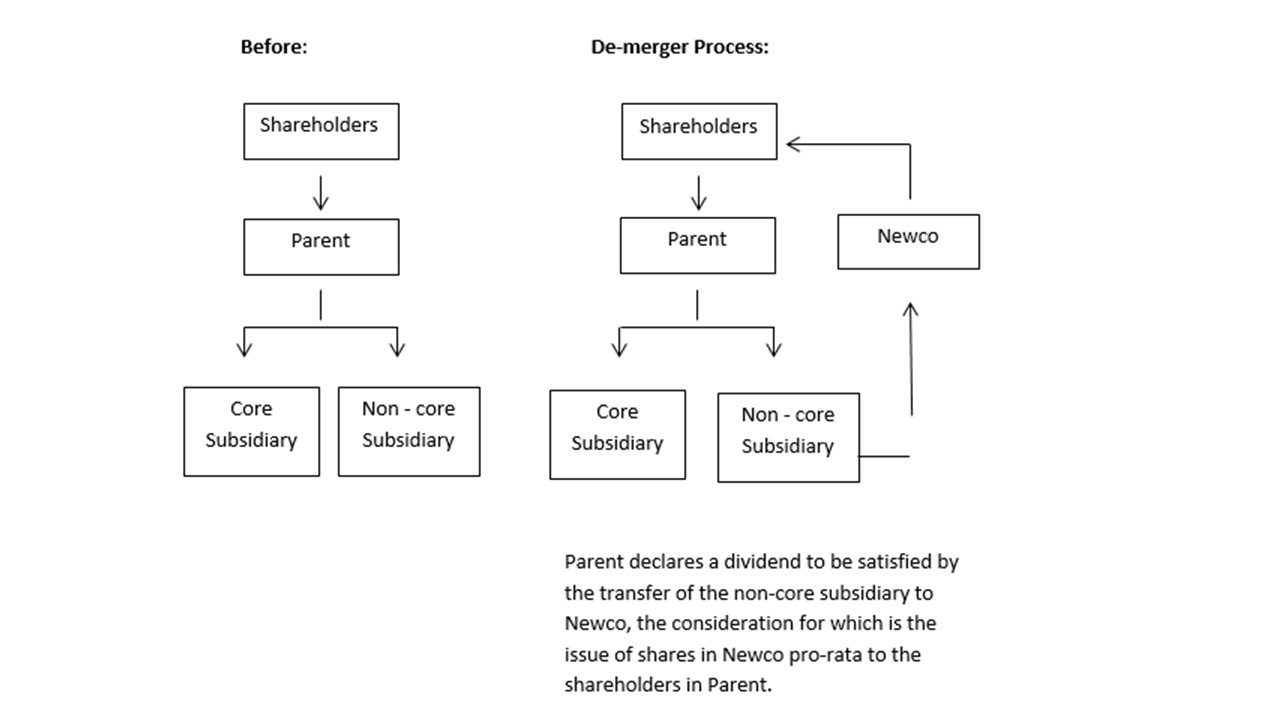 This is most relevant to a company that does not have sufficient distributable reserves to declare a dividend in specie or does not want to reduce the amount of its distributable reserves significantly; therefore the de-merger is effected by reducing the capital of the parent company and, in consideration for the reduction of capital, transferring the subsidiary to the de-merged parent’s shareholders (using either assets or shares).

Alternatively, a company might like to reduce its capital and use the reserve arising on the reduction of capital to credit its profits and loss account with a view to using these distributable reserves to declare a dividend in specie.

Similarly to an indirect de-merger, it is also possible to do a triangular reduction of capital by transferring the business to be de-merged to a newco (or third party) that issues shares to the parent's shareholders. To avoid an income distribution, the amount of capital that is cancelled or reduced on the repayment of capital must at least equal the market value of the de-merged assets (as opposed to book value on a direct dividend). 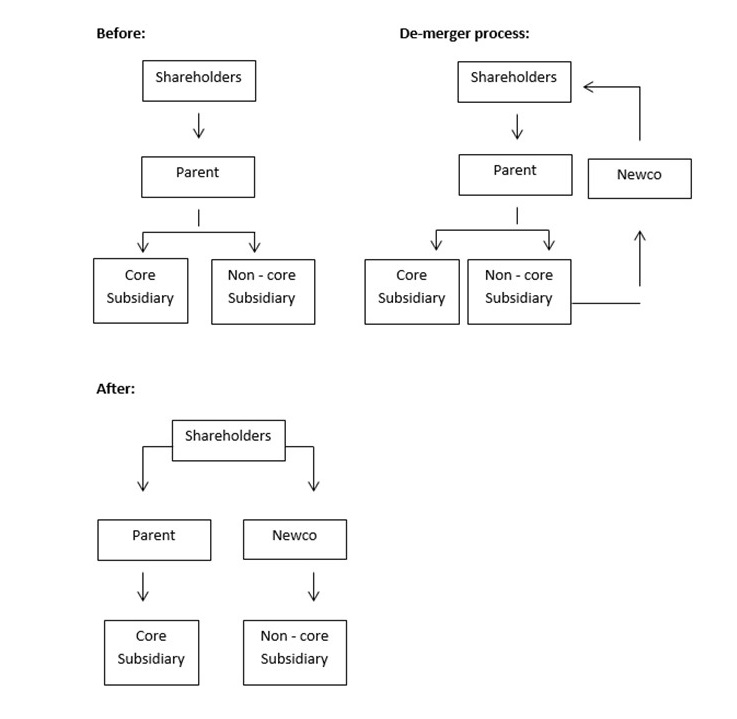 This involves the liquidation of the parent company and the transfer of its assets to two or more newly formed companies (newcos) in the following process: 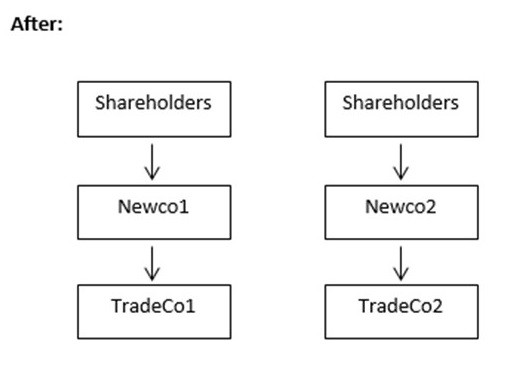 As demonstrated here, there are several different options when de-merging your company, each coming with its own complications and opportunities.  As well as seeking the right legal advice, it is always worth checking the tax implications with your accountant / tax advisor before proceeding with any of the detailed structures.  To discuss your situation with Stacey or a member of the Company Commercial team, you can call us today on 023 8071 7411 or email staceybrowne@warnergoodman.co.uk.

This is for information purposes only and is no substitute for, and should not be interpreted as, legal advice.  All content was correct at the time of publishing and we cannot be held responsible for any changes that may invalidate this article.